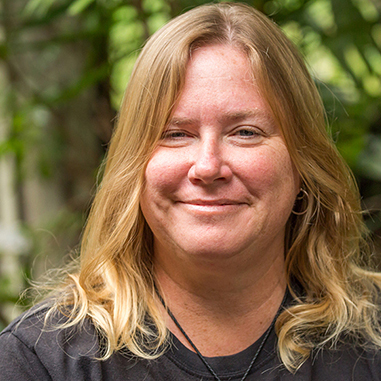 Barb has autism, ADHD and dyslexia, but like many of her generation wasn't diagnosed until well into adulthood.  She says the diagnosis was a relief, and a chance for a whole new start.  Barb's since achieved her Master of Autism (Education) at the University of Wollongong, focussing on the critically important issues of education and employment for the neurodiverse community.

Barb is now a prolific author and speaker, and has built Autistic-led initiatives such as Spectrum Women Magazine and Bikers for Autism Australia.  She's a Community Council Member of Autistic Adults and other Stakeholders Engaged Together, which provides advice and input into health research affecting people on the spectrum, and an independent lived experience peer reviewer of the Autism in Adulthood academic journal.

If you have a story you think we should feature on Choice and Control, please contact our enquiries line on 1300 999 636, or email [email protected]

Please note due to COVID-19 social distancing requirements, this episode was recorded via Zoom. 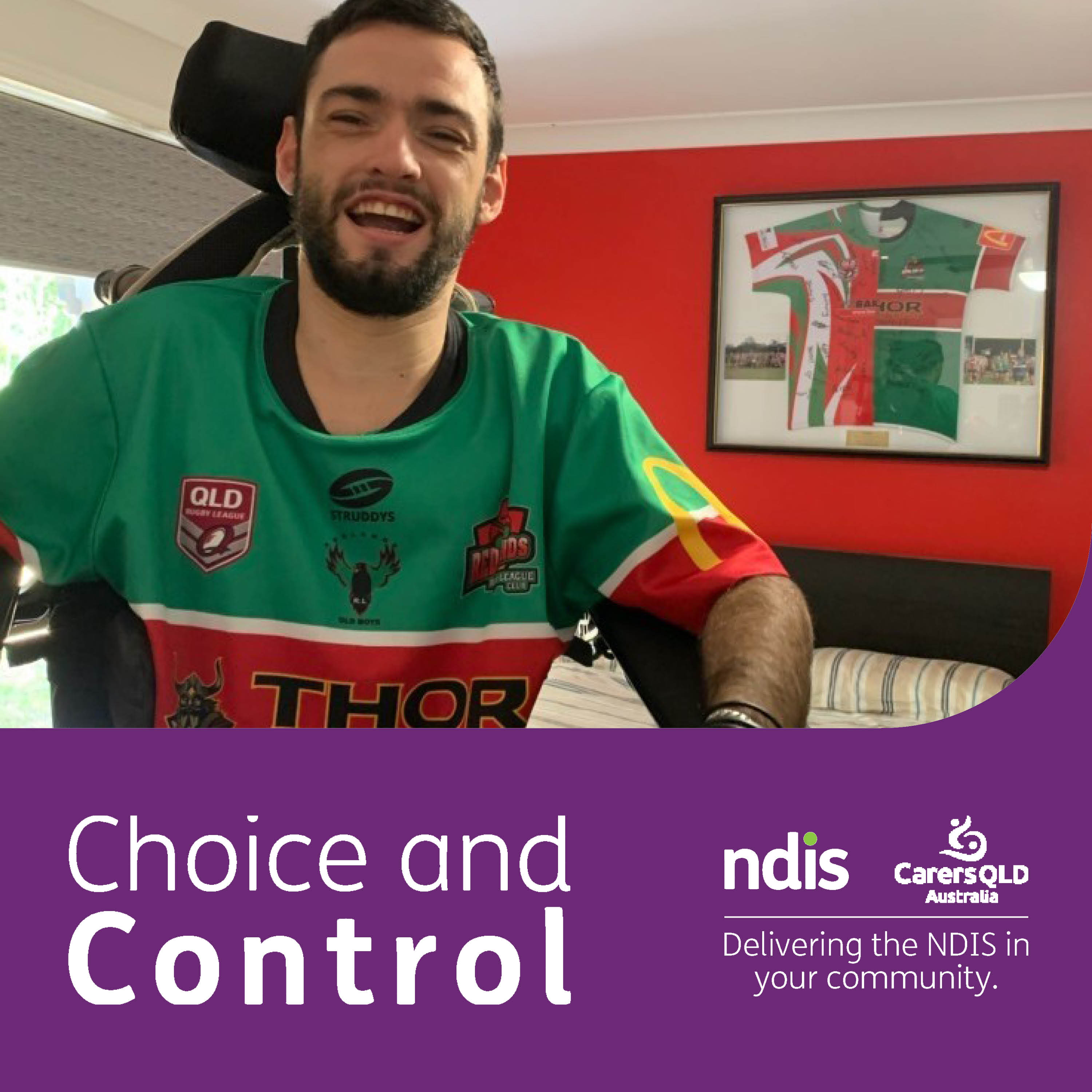 It’s great when the stars align and you can turn a passion into a career.  In this episode, we meet two blokes from the sporting world who have done just that.  Josh Pople is heavily involved with his local rugby league team the Redlands Parrots. He’s done some coaching training and he’s a League Safe Officer.  Josh has cerebral palsy and uses and electric wheelchair, and he’s an active and vital part of his local team’s community.   Archie Graham is a four-times world singles tennis champion and ranked number two in Australia in men’s singles tennis for players with intellectual disability. Like Josh he then turned his attention to coaching, and now shares his love of the sport with the next generation of tennis superstars.  Useful links Transcript for this episode: https://carersqld.com.au/wp-content/uploads/5.5-Sporting-Careers-transcript.docx  QRL Diversity & Inclusion information: https://www.qrl.com.au/diversity-inclusion/  Tennis Australia Diversity & Inclusion information: https://www.tennis.com.au/play/inclusion-and-diversity  Redlands Rugby League Club: https://www.facebook.com/RedlandsJuniorRugbyLeagueClub/  Carers Queensland upcoming events and workshops: www.carersqld.com.au/events  Carers Queensland NDIS on Facebook: www.facebook.com/CarersQueenslandNDIS   Credits Interviews: Fiona Stutz & Jodie van de Wetering Production: Jodie van de Wetering ... 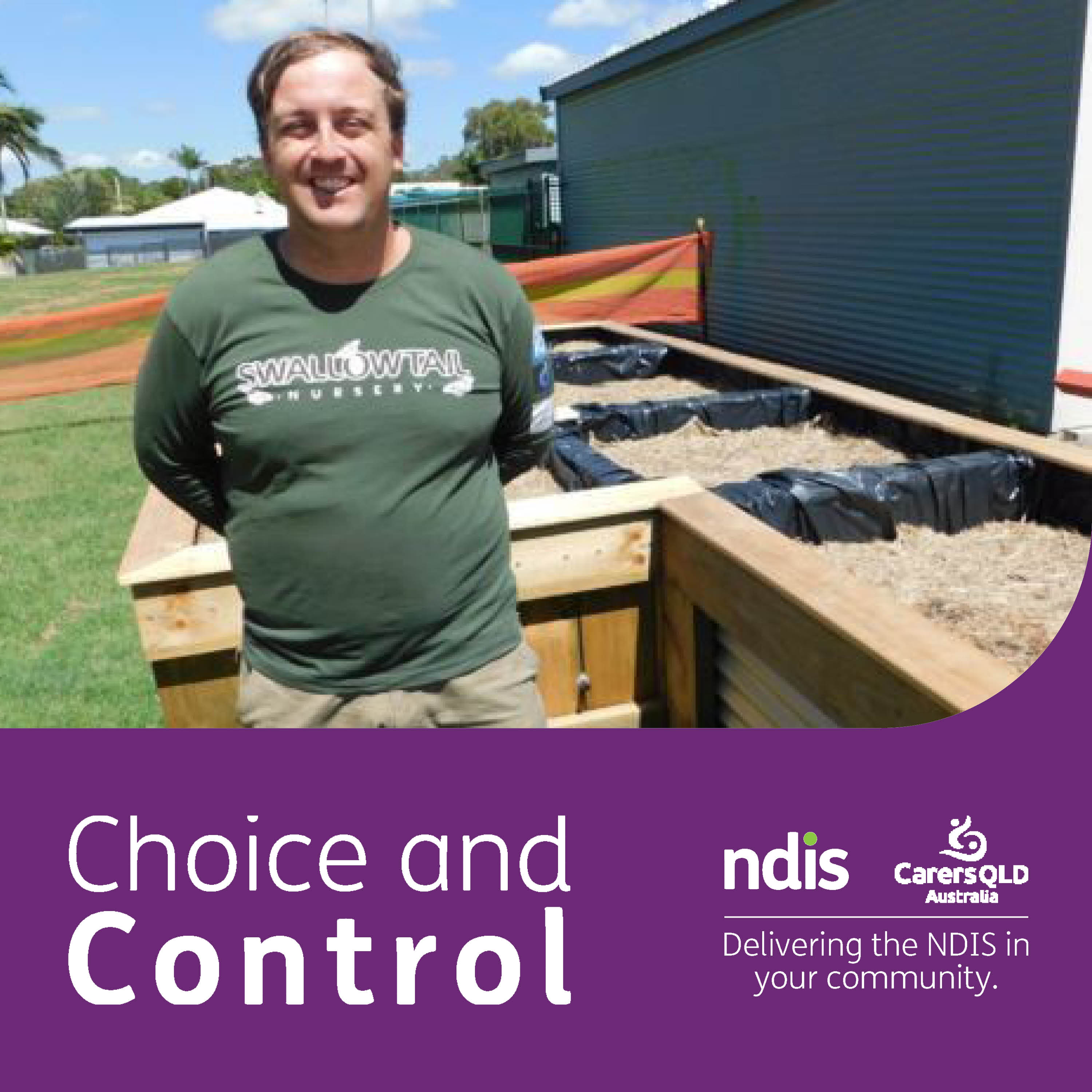 Here at Carers Queensland, we’re growing access and inclusion, and where better to grow things than a garden? We're working with community gardens to help them attract green thumbs with disability and make sure everybody’s welcome and has equal opportunity to get their hands dirty. In this look at our Community Gardens Conversations project, you'll hear from: Talecia Bolton, who discovered the Yarrabilba Community Garden when she was reinventing her life after acquiring disability, and is now bringing the once-abandoned plot blooming back to life Jasmin Fawcett Clarke, one of the Carers Queensland team working with gardens across southeast Queensland to improve accessibility and inclusion David and Jill from Beachmere Community Garden, a brand new garden committed to making sure inclusion is built into their organisation from the ground up Micah Lean from Moreton Bay Regional Council, which is supporting community gardens as part of their broader goals around access and inclusion Nathan Freney from Swallowtail Nursery, who works with community gardens to design accessible solutions, and is harnessing his love of horticulture to provide green experiences and paid employment for other people with disability. Useful links Transcript for this episode: https://carersqld.com.au/wp-content/uploads/5.1-Community-Gardens-Conversations-transcript.docx  Community Gardens Conversations:  https://carersqld.com.au/ndis/inclusion-projects/community-gardens-conversations/ Yarrabilba Community Garden on Facebook: https://www.facebook.com/Yarrabilba-Community-Garden-105745875316822/ Vera Street Community Garden: https://verastreet.org/  Northey Street City Farm: https://www.nscf.org.au/  Beachmere Community Garden: https://beachmerecommunitygarden.com.au/ Moreton Bay Regional Council community gardens information: https://www.moretonbay.qld.gov.au/Services/Community-Support/Community-Gardens  Swallowtail Nursery: https://swallowtailnursery.com.au/  Coolum Common Community Garden Project: https://www.facebook.com/coolumcommon/  Carers Queensland upcoming events and workshops: www.carersqld.com.au/events  Carers Queensland NDIS on Facebook: www.facebook.com/CarersQueenslandNDIS   Credits Interviews: Fiona Stutz & Jodie van de Wetering Production: Jodie van de Wetering ... 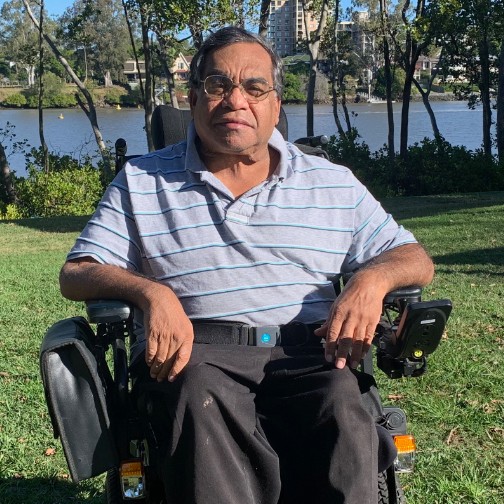 Uncle Willie Prince is an Aboriginal man of Kalkatungu heritage born on Wakka Wakka country, at what was then the Aboriginal mission at Cherbourg.   Download the transcript for this episode  Uncle Willie shares his story of being removed from his family and community as a young child, growing up in institutions, and finding independence, a career, and a place for his voice in the disability community. You can visit the Aboriginal and Torres Strait Islander Disability Network of Queensland here. And you can find out more about kuril dhagun here.  Uncle Willie's former workplace, kuril dhagun is the State Library of Queensland's hub for Aboriginal and Torres Strait Islander services, collections, learning and engagement. If you have a story you think we should feature on Choice and Control, please contact our enquiries line on 1300 999 636, or email [email protected] Please note due to COVID-19 social distancing requirements, this episode was recorded by phone. ...