In this episode we meet Des Ryan, a champion for access, inclusion and employment for people with disability and recently elected Chair of the Queenslanders with Disability Network.

Des is working on Community Solutions' Regional Advantage project.  The initiative is building employment opportunities for people with disability by working with employers to break down myths about workers with disability, show the many benefits staff with disability can bring a business, and celebrate great examples of inclusion in the workforce.

The project is supported by an NDIS Information, Linkages and Capacility Building (ILC) Economic Participation of People with Disability Grant.

Des is also the long-time organiser of Rockhampton's annual (COVID permitting) Accessible Pub Crawl, when a team of people with disability, community leaders and health and disability sector workers spend a night on the tiles for a practical test of the region's accessibility.

If you have a story you think we should feature on Choice and Control, please contact our enquiries line on 1300 999 636, or email [email protected]. 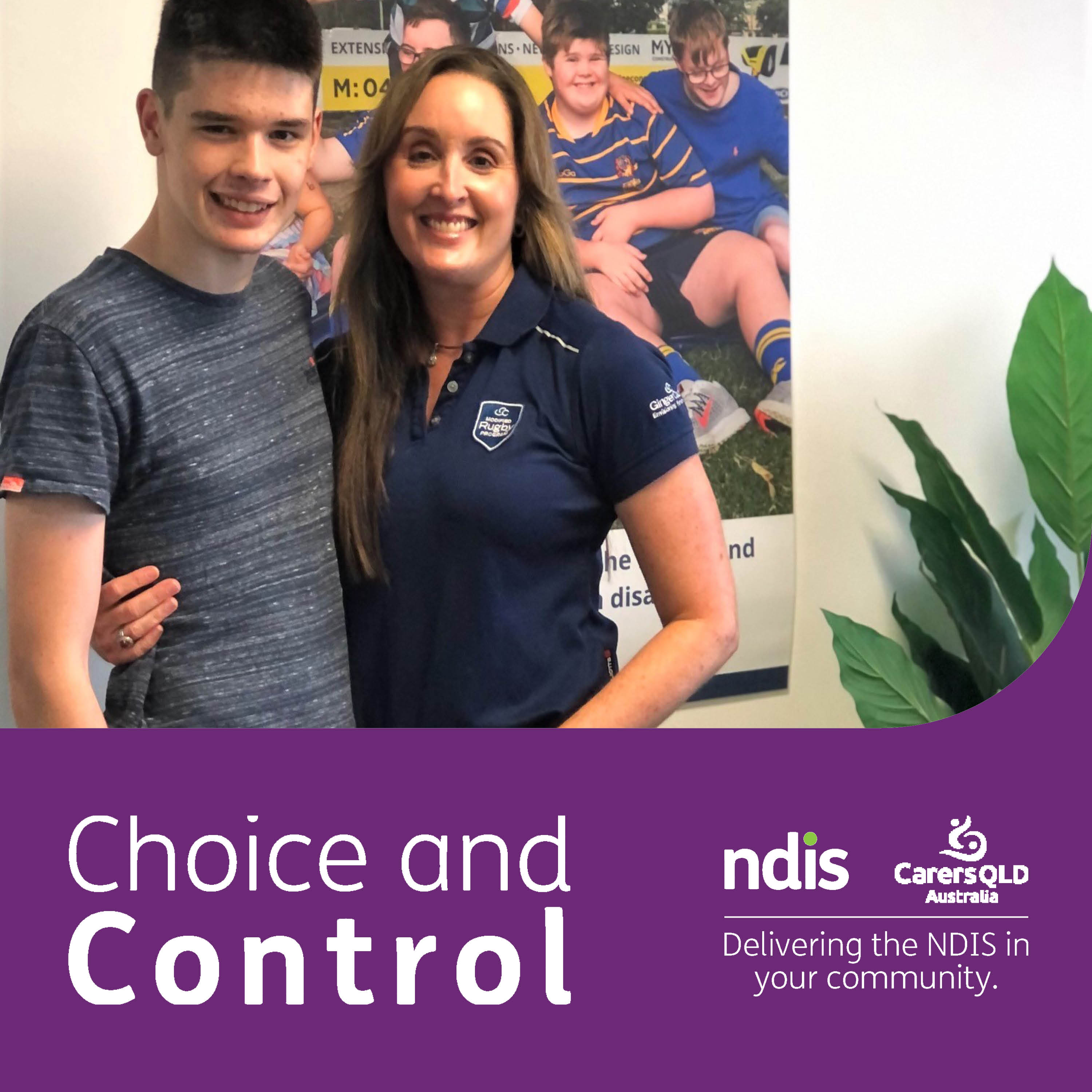 GingerCloud: from sports field to success

Max Elliot has quite a history with the Brothers Rugby Club in Albion. He's now working in their Ruggers Restaurant on a school-based traineeship, but his relationship with the club goes back to when he was 11.  That's when his parents started building what would become the GingerCloud Foundation.  Their Modified Rugby Program is making sport accessible for kids of all abilities, and building skills for life like teamwork, social skills, and rising to a challenge. Max has autism and uses NDIS support to build his skills and independence as he gets ready for life after school. Today we're talking to his mother Megan about GingerCloud, cooking, the Modified Rugby Program, and how creating Max's best possible future has meant building a whole community ready to step up and include people with disability. Useful links Download the transcript for this episode: https://carersqld.com.au/wp-content/uploads/3-2-GingerCloud-from-sports-field-to-success-transcript.docx GingerCloud Foundation: http://gingercloud.org/ Modified Rugby Program (MRP) on Facebook: https://www.facebook.com/modifiedrugbyprogramMRP/ Carers Queensland upcoming events and workshops: www.carersqld.com.au/events Carers Queensland NDIS on Facebook: www.facebook.com/CarersQueenslandNDIS   ... 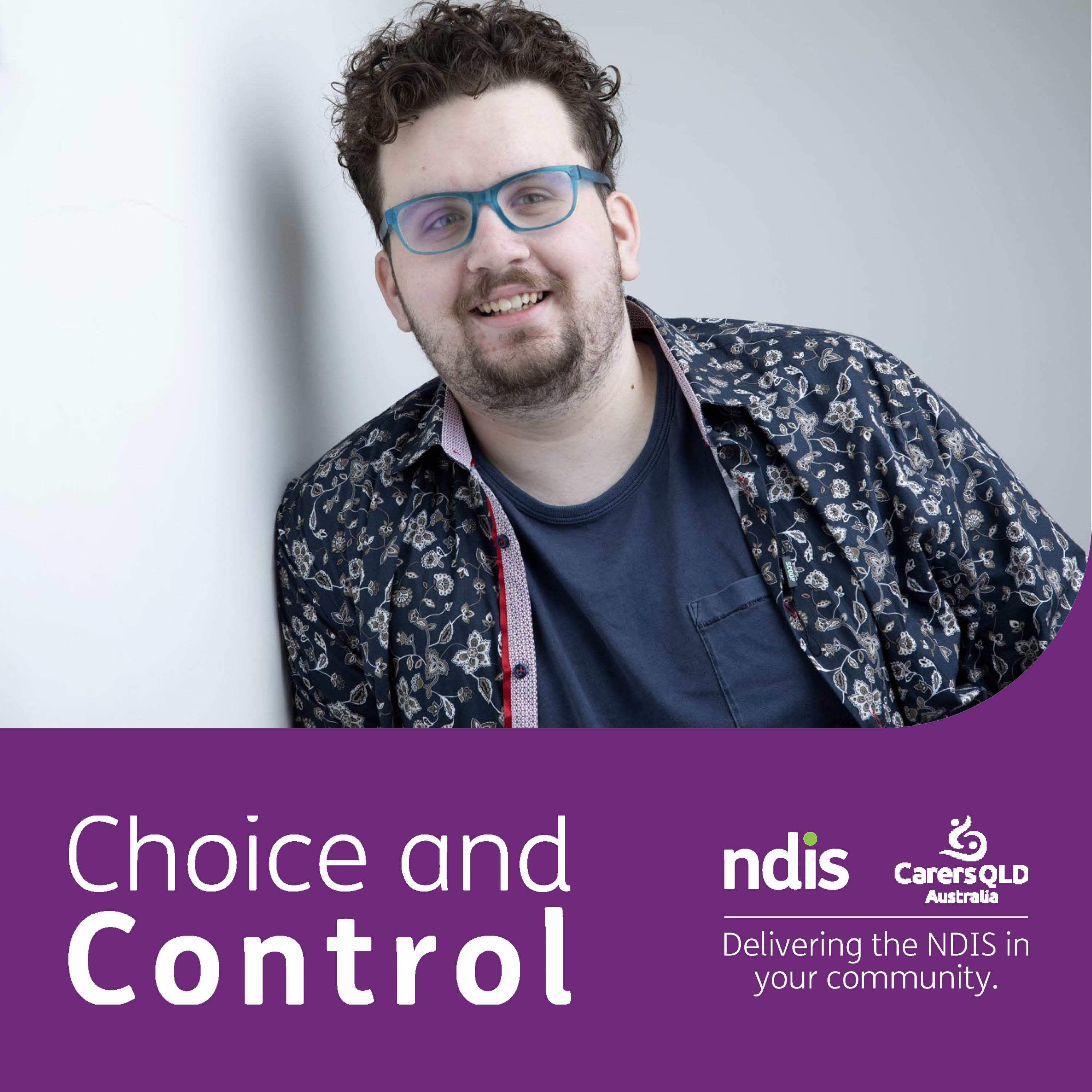 The No Bang Theory: Oliver Hetherington-Page

Oliver Hetherington-Page hates the Big Bang Theory’s Sheldon Cooper - even though, as a young man on the autism spectrum, at first glance you might think they have a fair bit in common.  But Oliver's passions and talents like in music and theatre, not science and maths.  He's disappointed that Sheldon, a character not developed by people with autism or explicitly stated to be on the spectrum, has become the face of autism in popular culture - and he's out to fix that. The Brisbane performer has channelled his lived experience with autism, relationships and dating into a one-man cabaret show, The No Bang Theory, and it's coming to the Undercover Artist Festival and the Wynnum Fringe.  Useful links Download the transcript for this episode: https://carersqld.com.au/wp-content/uploads/3-5-Oliver-Heatherington-Page-The-No-Bang-Theory-transcript.docx The No Bang Theory at the Undercover Artist Festival, Sept 16: http://undercoverartistfest.com/festival-2021/the-no-bang-theory/  The No Bang Theory at the Wynnum Fringe, Nov 21: https://www.wynnumfringe.com/events/?EventGroupID=47&EventID=47  The Undercover Artist Festival: https://undercoverartistfest.com/  Carers Queensland upcoming events and workshops: www.carersqld.com.au/events  Carers Queensland NDIS on Facebook: www.facebook.com/CarersQueenslandNDIS    ... 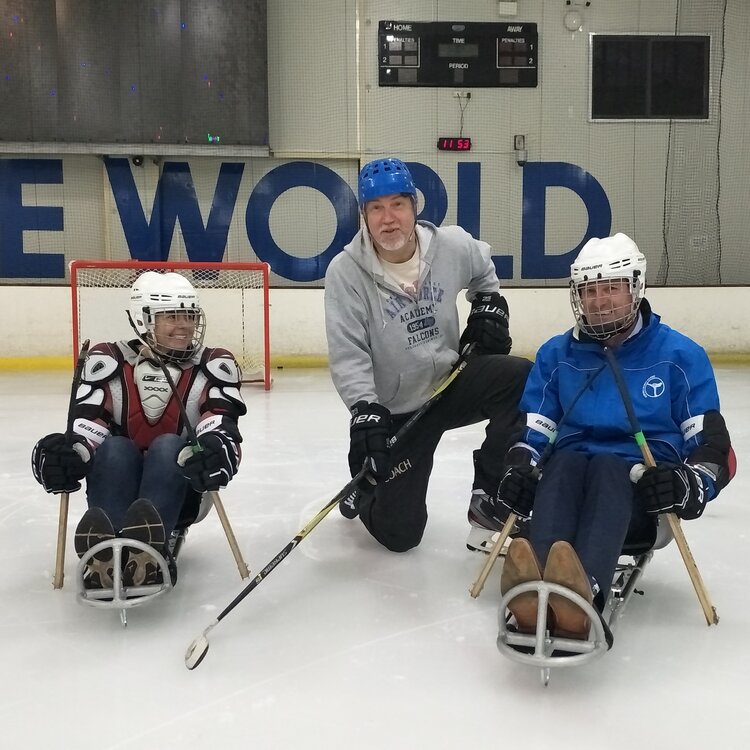 The temperature is rising, so it's time to hit the ice!  In this episode we drop in at Para Ice Hockey Queensland to find out more about this fast-paced accessible sport. Para Ice Hockey players use sledges rather than skates, and take to the ice weilding two double-ended poles - one end for propelling themselves around the rink, the other for shooting the puck. Carers Queensland's Taryn Forster suited up for Para Ice Hockey Queensland's recent come-and-try day at IceWorld.  She spoke to players Cecilia Baily and Tony Doevendans and coach Gregor Rozenberg about the sport, and IceWorld CEO Keith Fullerton to find out how the accessible sessions are bringing new and more diverse patrons to the complex. If you have a story you think we should feature on Choice and Control, please contact our enquiries line on 1300 999 636, or email [email protected] Please note due to COVID-19 social distancing requirements, parts of this episode were recorded via Zoom. Useful links Download the transcript for this episode: https://carersqld.com.au/wp-content/uploads/Choice-and-Control-2.4-Para-Ice-Hockey-transcript.pdf Para Ice Hockey information from the official Paralympics website: https://www.paralympic.org/ice-hockey/about IceWorld Skating Rinks: https://www.iceworld.com.au/ Para Ice Hockey Queensland's Facebook page: https://www.facebook.com/ParaIceHockeyQld/ Choice and Control on the Carers Qld website: https://carersqld.com.au/choice-and-control-podcast/  ...